You are at:Home»Archives»SHUNA – The Tragic Island 1873 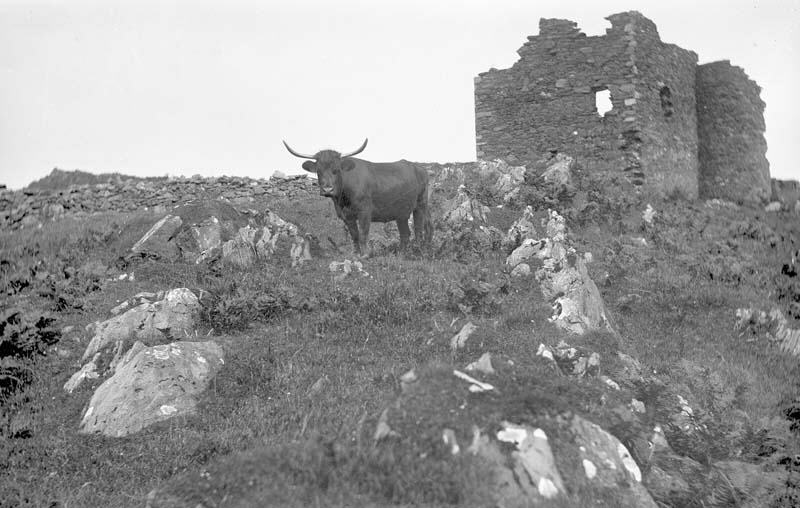 Shuna in 1873 was farmed by Archibald Cameron and his wife Margaret. They had 10 children, aged between 3 and 18. They were expecting their 8th early in April. One can imagine that the eldest daughter Margaret, 18 would have assumed many of the household duties, while Alec, 16, would be his father’s right-hand man in rounding up the sheep and gathering the hay. At 13 Catherine would no doubt be a great help in supervising her younger sisters, Sarah 11, Anne 12, Isobel 3, Archie 8, Mary and Archie

All was well, then in the Cameron family in early March of 1873 except that Alec and Anne had rather troublesome sore throats which their parents assumed were passing childish ailments. They would be better when spring burst upon Appin and the raw winds from the snow covered hills of Ardgour were tempered by the coming sunshine. But Alec developed a fever and the doctor was rowed across from Dallens. He could not have been happy with the situation finding as he did that Sarah, as well as Anne, was also going into fever. He diagnosed Diphtheria.

At that time of the year at the end of the dark, damp, highland winter, resistence to disease would be at its lowest and in the limited confines of an isolated island farmhouse their could be few precautions possible against a virulent infectious illness, so that the parents must have known in their hearts that only a miracle could save their family.

The miracle did not come for Alec died on the 15th and within 14 days 5 of the children were dead, Catherine and wee Archie dying on the same day, the 29th. One can imagine the silent numbing horror with which the people of Strath Appin would watch the funeral party taking its repetitious journey to the burial ground; but it is difficult indeed to know the anguish of the parents for whom the events of those weeks must have taken on a nightmare quality.

Remembering that Margaret Cameron was within one month of delivering her 8th child, we can be sure that her eldest daughter, Margaret, bore much of the strain of nursing the stricken family and in doing so she must have drained her stamina completely. She too died on April 11th.

If miracle there was, it must surely have been that baby Isobel aged 3 survived. One can only suspect that she had been sent to live with friends or relatives on the mainland. A miracle, also, that the distraught mother could give birth to her last child, Christine who was born within one week or 2 of the last funeral. The heartbroken Cameron’s left Shuna shortly after the tragedy and with little Isobel and baby Christine, tried to make a new life at Moleich, near Oban. Archibald Cameron died 21 years later at the age of 73, after which his widow moved to Kilmelford. She died at Tullich in 1906 aged 74.

Meanwhile, the two surviving children of this tragic family moved out into the world and lived full and useful lives. Possibly influenced by the events on Shuna, Isobel took up nursing and became a sister at Edinburgh Royal Infirmary. She married John Burton from Kintail and died 1921 in Auchtertyre, Strathfillan, Perth. Her descendants survive today. Her sister, Christine emigrated to Australia and died at Inverell, New South Wales in 1943 at the age of 70.